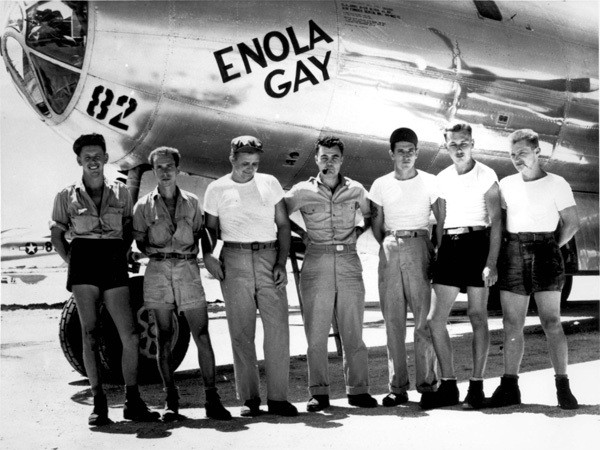 August 6, 1945 was a day that changed the world forever. Enola Gay took-off and dropped the first atomic bomb on Hiroshima. Three days later, a second bomb was dropped on Nagasaki and the rest of the world would never be the same again. On august 6th 1945, the world came to realize the real power of the atomic bomb.

Tens of thousands of people will mark the anniversary of the atomic bombing of Hiroshima on Monday, as a rising tide of anti-nuclear sentiment swells in post-Fukushima Japan. Ageing survivors, victims’ relatives, government officials and foreign delegates will attend the annual ceremony at Hiroshima Peace Memorial Park commemorating the US bombing of the Japanese city nearly seven decades ago. American B-29 bomber Enola Gay dropped an atomic bomb on August 6, 1945, turning the western city into a nuclear inferno and killing an estimated 140,000 in the final chapter of World War II. At 8:15 am the toll of a temple bell will set off a moment of silence, marking the time the bomb was dropped. Anti-nuclear rallies triggered by last year’s atomic crisis at the Fukushima Daiichi plant are expected alongside the anniversary events in Hiroshima, a long-time focal point for the global movement against nuclear weapons.

Many atomic bomb survivors oppose both military and civil use of nuclear power, pointing to the tens of thousands who were killed instantly in the Hiroshima blast and the many more who later died from radiation sickness and cancers tied to the attack. Usually sedate Japan has seen a string of anti-nuclear protests since Prime Minister Yoshihiko Noda in June ordered the restart of two reactors. Noda defended the move citing looming power shortages after Japan switched off its 50 nuclear reactors — which once provided the resource-poor country with a third of its energy — in the wake of the Fukushima disaster. Weekly demonstrations outside the prime minister’s official residence have drawn thousands while a rally in west Tokyo last month saw a crowd that organisers claimed swelled to 170,000. The Hiroshima bombing killed an estimated 140,000 either instantly or from burns and radiation sickness soon after the blast. A second atomic bombing three days later in the city of Nagasaki killed more than 70,000.