You may have seen some images of the exercise in some blogs and specialized press, but a recent event occurred in South Korea. The military exercise is design to improve cooperation between US and South Korean forces. As part of the exercise is a bombing training. And for this the U.S. Strategic Command officials sent two B-2 Spirit bombers for a long-duration, round-trip training mission from Whiteman Air Force Base, Mo., to South Korea March 28 as part of the ongoing bilateral Foal Eagle training exercise. The exercise demonstrates the commitment of the United States and its capability to defend South Korea and to provide extended deterrence to our allies in the Asia-Pacific region. This mission by two B-2 Spirit bombers assigned to 509th Bomb Wing, which demonstrates the United States’ ability to conduct long range, precision strikes quickly and at will, involved flying more than 6,500 miles to the Korean Peninsula, dropping inert munitions on the Jik Do Range, and returning to the continental U.S. in a single, continuous mission. The United States is steadfast in its alliance commitment to the defense of South Korea, to deterring aggression, and to ensuring peace and stability in the region. The B-2 bomber is an important element of America’s enduring and robust extended deterrence capability in the Asia-Pacific region. It always strikes me as impressive that a bomber pilot will arrive at the base near his home in the US, prepare the mission, fly around the world, drop the load without even being seen as the B-2 is stealthy, and return home later that night to have dinner with the family. Technology has transformed radically the way we approach the perception of a conflict. 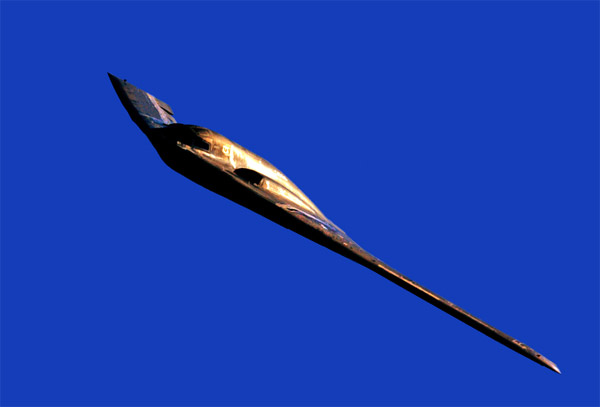