The XF-12 Rainbow – a project cancelled

The aircraft has been derived from birds, and then the engineering bits changed everything. Before that, the principle was trying to use the elements to fly as long as possible, to cover the greatest distance. This is gliding. Here is a short story of gliding. We learned how to glide long before we learned to ﬂy. By launching themselves from high ground, nineteenth-century pioneers such as George Cayley, Otto Lilienthal and the Wright brothers offered a tantalizing glimpse of what lay ahead. Yet although the ability to glide predates powered flight, ultimately it took much longer to develop. After demonstrating powered flight, Orville and Wilbur Wright continued to improve their gliding skills, but it took until 1921, two years after powered aircraft had first crossed the Atlantic, for their 1911 endurance record of 9 minutes and 45 seconds to be broken in Germany. There was good reason for it happening where and when it did. That gliding was once more enjoying the attention of some of aviation’s best minds and most talented flyers was a happy unforeseen consequence of the Treaty of Versailles (a less happy one being the Second World War). Banned by the treaty from developing fighter aircraft, German designers turned their considerable skill and invention to the development of gliders. It led to a boom. Over the next two decades, increasingly sophisticated glider design advanced with a greater understanding of the ways in which gliders could find lift. To ascend, a glider, always losing height, must do so through a body of rising air. Early glider pilots had realized that wind scooped up the side of a hill produced ridge lift at the top, and this was used for most early endurance flights. By the mid-1930s, thermal lift – found in columns of rising warmer air, and wave lift – created in the lee of the steady flow of wind over a mountain, were also contributing to record-breaking flights. 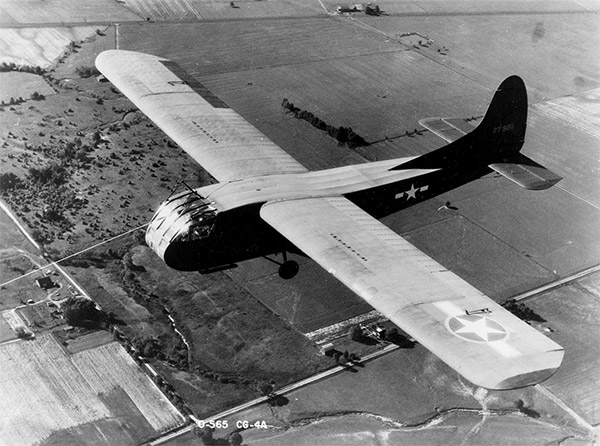 In 1931 new records for distance (169 miles) and endurance (23 hours and 34 minutes) were set, the latter in Hawaii by a US Army fighter pilot. By 1937 there were 50,000 trained glider pilots in Germany. And as a result of German lobbying following the inclusion of gliding as a demonstration sport in the 1936 Berlin Olympics, it was to be included in the 1940 Tokyo Olympics. Of course, owing to the outbreak of the Second World War, Germany’s hopes of Winning gold in the specially produced “Olympia” glider were never realized. War, however, brought its own momentum to glider development. Before the War the Soviet Union had embraced gliding as enthusiastically as Germany, and by 1939 had a greater number of glider pilots and most of the sport’s world records. Since the early 193Os, it had also developed larger military gliders as troop transports, an idea quickly adopted by the Luftwaffe, which in 1940 launched a completely successful surprise attack against a Belgian fortress using over forty ten-man gliders. 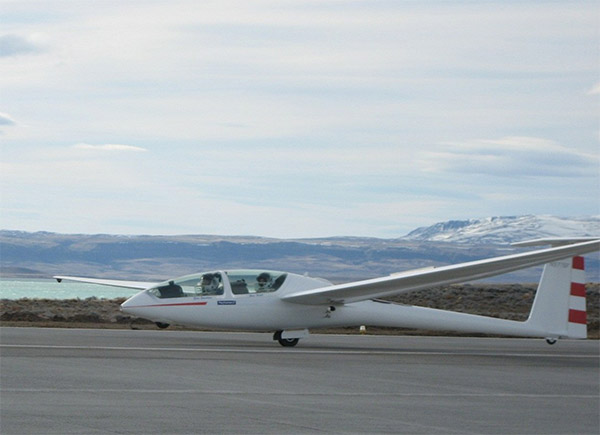 The Allies soon developed their own gliders, and during Operation Market Garden at Arnhem in 1944 used over 2500 in a massive airborne operation. As Well as being built by aircraft manufacturers, US Waco CG-4 gliders used in the assault had also been produced by cabinet-makers, coffin-builders and piano manufacturers. After the War, only the Soviet Union persisted with military gliders with any great enthusiasm, keeping them in service until the mid-196Os and even, in April 1954, landing four Yakovlev Yak-14s on the Arctic ice to deliver men and supplies – including a bulldozer! – to their North Pole drift station. But With the arrival of bigger and better military helicopters, gliding returned to its civilian roots. Stimulated to a degree by large numbers of trained pilots leaving the military who wanted to continue to ﬂy, membership of gliding clubs swelled throughout the 1950s, While technological innovation saw new records set. The altitude record, set by Steve Fossett and Einar Enevoldson in 2006, now stands at over 50,000 feet. The two pilots, looking like astronauts, wore full USAF pressure suits for the attempt. The distance record of over 1400 miles is held by a German pilot, Klaus Ohlmann, and today Germany remains at the heart of gliding, leading the way in both manufacturing and pilot numbers, accounting for nearly a quarter of the world’s flyers. It’s an intriguing legacy of decisions made nearly a century earlier, and evidence that gliding, that most pure and unbelligerent form of manned flight, is in its own way as inextricably linked to the history of conflict as any other. 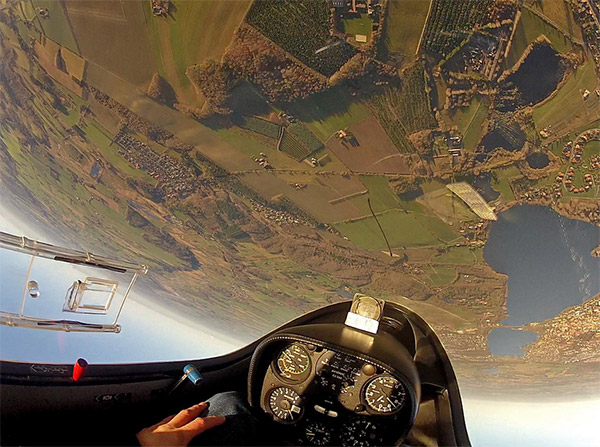