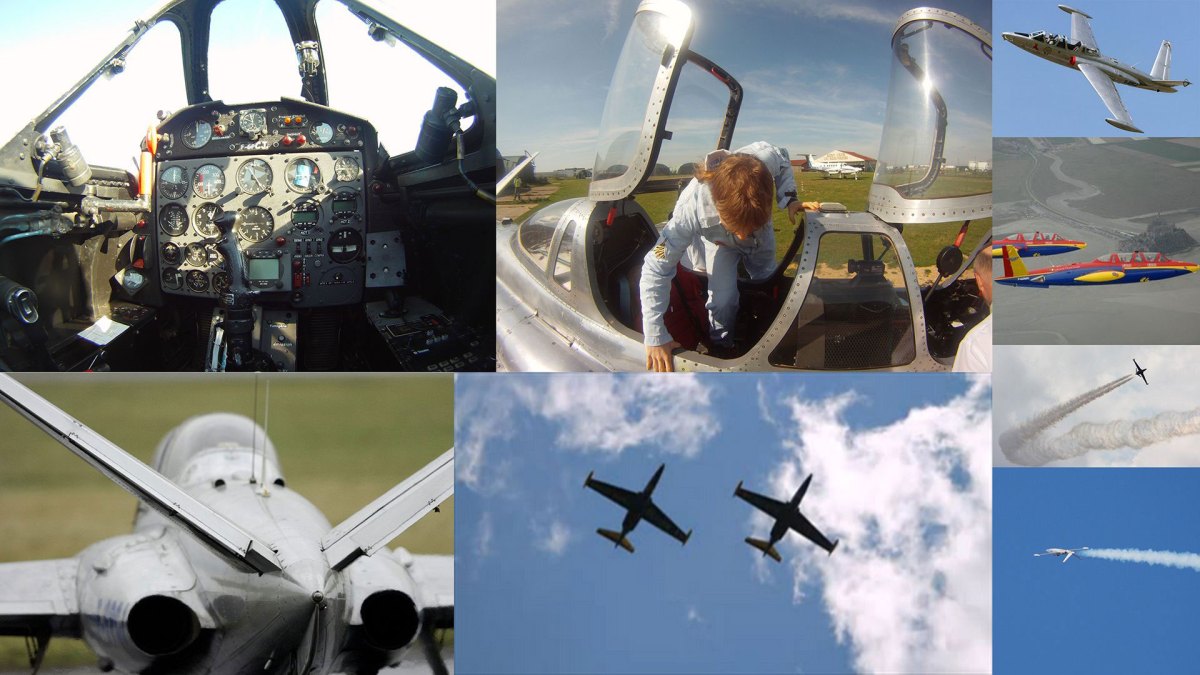 Fly the Fouga Magister fighter jet in France – jet fighter experience in Paris, Rennes and Aix en Provence. We love the Fouga Magister. It is one of the best planes ever built, so agile that it has been a favourite for many display teams around the world, very secure with its twin engines and offering spectacular vistas thanks to its wide glass cockpit. This fighter plane is in essence a jet trainer, so well designed that it has been put into active role in many air forces until very recently. You can experience a jet fighter ride in the Fouga Magister from Paris, Rennes in Brittany – we can even fly over the Mont St Michel – and from time to time, we will relocate a Fouga in the South of France, in Aix en Provence.

We love our Fouga Magister fighter jet for what it can deliver to passengers. In 30mn, taking off from Beauvais, just one hour north of Paris, we fly over the superb Bay of Somme, with many small lakes, streams and rolling hills. In 60mn, we fly along the white cliffs of Etretat, waving at ferries and enjoying low level flying over the waves of the Channel. The Fouga Magister is not your modern fighter jet but is full of aviation history, delivers some of the best fighter jets sensations, and is definitely flown by the best pilots.

The organization will be the same wherever you decide to fly from.

You will be greeted at the airport by our team and will meet your pilot
You will be briefed on the plane, safety on board, and your flight plan
You will be suited up and explained how to work your helmet, visor and communications
Then you get in the plane. Your pilot will explain the instruments so that you can see what is happening in the plane. Follows an emergency procedures briefing before turning the engines on.
Your fighter jet experience will usually consists of three phases: the first period will be for the pilot to do smooth maneuvers to see how you cope and handle the experience. Then there will be a mix of low level and scenic flying before doing some aerobatics.
You are in constant communication with the pilot and can let him know how you feel. You can instruct him to push or instead stay cool. In all cases, your pilot will fly according to your G tolerance with the objective of making this fighter jet experience the best moment of your life.
After landing, there will be a debrief and a little ceremony as you will be now, part of the circles of those who have flown in a fighter jet.

We have many fighter pilots in Paris who are eager to get you in their backseat and almost fighting like kids to fly the plane. Some of our pilots are still active in the air force, others have recently retired. We also have famous pilots who have flown in the Patrouille de France, and logged more than 28,000 flying hours. All our pilots are highly skilled and experienced. They not only fly the fighter jet, they share their experience with you so that you can fully appreciate what it’s like to be a fighter pilot.

Your fighter jet: the Fouga Magister

The Fouga Magister is one of the best designed fighter planes ever. Easy to fly, it brings security with its twin engines, and offers a great view thanks to its wide cockpit glass. Built in the 1950s, the Fouga Magister was conceived as a jet trainer. The plane was worked so well that it was quickly adopted by various air forces around the world, such as the Israeli air Force who used the plane extensively during the six days war in 1967.

The Fouga Magister is one of the most agile fighter planes ever built. So much that it has been the favourite plane of the French national display team, The Patrouille de France, from 1964 to 1980, when it was replaced by Alphajets.

Check out the “Book Flight” page for all the prices and options.