Fly a Fouga Magister fighter plane in the South of France in Aix en Provence, Marseille, Toulouse or Bordeaux. This unique aircraft, instantly recognizable thanks to its V-shaped tail, is the former Patrouille de France aircraft, the French national display team. This is a very agile fighter plane for a maximum of thrills, reassuring with its two engines, and with a large canopy offering a breathtaking view. The pilots are exceptional, with a great deal of experience.

SPECIAL OPERATION: We do this Fouga Magister flight twice a year: spring and autumn

The Fouga Magister is the former plane of the Patrouille de France before it passed to the Alpha Jet. The Fouga is an extremely agile plane, allowing great sensations. In addition, the pilots are top pros! Former fighter pilots in the Air Force, very experienced pilots with an impressive and recognized track record. Evolutions, barrels, loops … feel what fighter pilots are going through. The pilot flies according to your G tolerance, and you will be in constant communication with him to exchange during the flight. 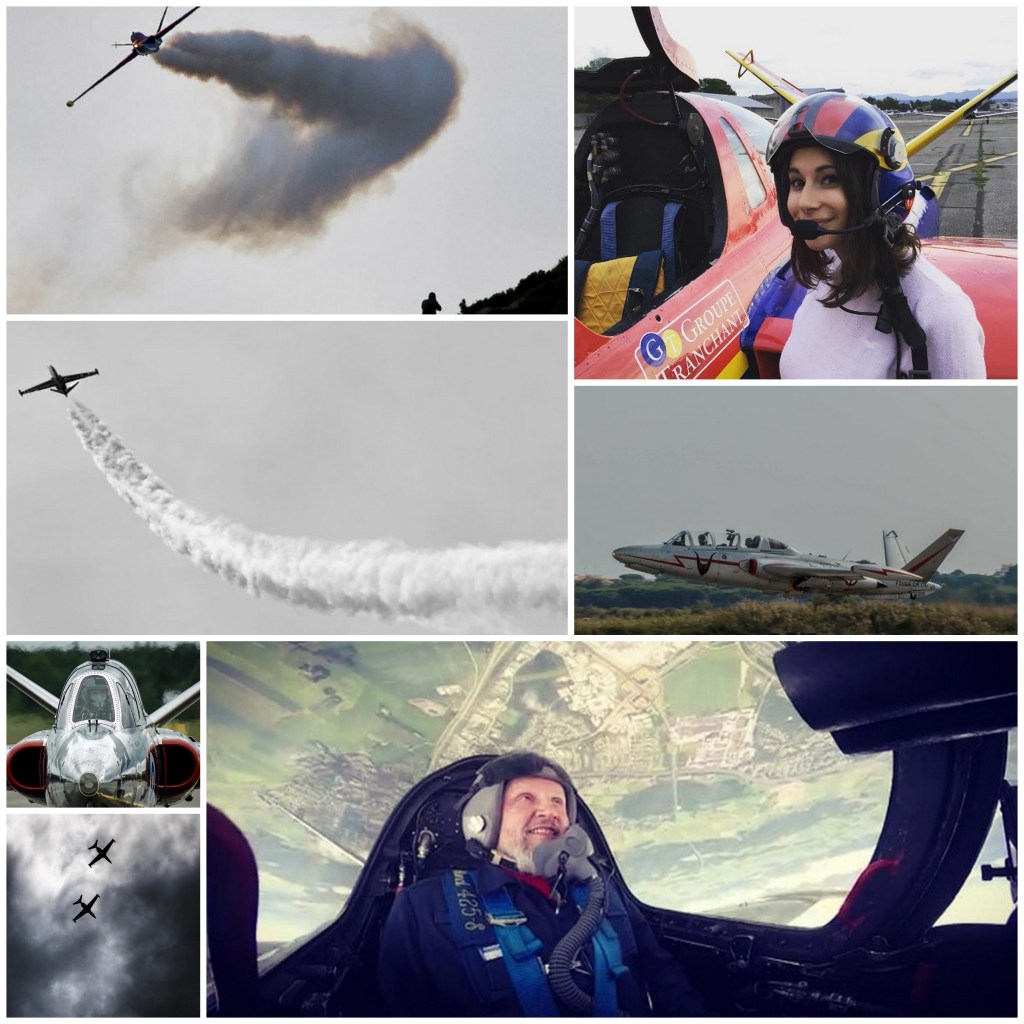 Schedule of the day – Fouga Magister South of France

Welcome and meeting with the pilot and the team at the airport
Briefing on the flight, flight plan, safety on board, cockpit instruments and emergency maneuvers.
Put on the flight suit and helmet, then prepare for the most unique experience.
Flight time of 30 minutes, 45 minutes or one hour. Choose your flight time.
Flying Route from Aix:
– Flight of 30 minutes, the typical route (depending on weather conditions) is the flight over the Sainte Victoire mountain, the lake, the dam and the Durance
– flights of 45mn or 60mn, you prolong the pleasure and sensations and fly over the south coast, or you enjoy more of a land flight with the flight over lavender fields and red rocks.
Debriefing after the flight. Video possible, to see on site, video delivered on SD card (60 euros for wide-angle rear video filming the passenger’s head and 90 euros for double front and rear video).

The pilots: highly trained and qualified, some with several years of experience in the French Air Force as well as in the Patrouille de France. Exceptional men!

Aircraft: Fouga Magister. The device is maintained in strict accordance with the regulations in force. The Aerospatiale-Potez-Fouga CM170 Magister is a jet aircraft designed in France in the early 1950s, and initially intended for the training of military pilots. Recognizable by its rear “V” (known as “butterfly”) tail, it has been produced in thousand copies and used by around twenty countries. Many aircrafts are still in service today. Thanks to its capabilities, the Fouga Magister was adopted as an elementary aerobatic aircraft for several acrobatic patrols, including the famous Patrouille de France which used it for 24 years (from 1956 to 1980).

Participants
You are alone on board with the pilot.

Conditions & restrictions
Do not suffer from heart or neurological problems.
Medical certificate required – can be delivered by any doctor/GP
It is advisable not to drink alcohol the day before the flight and to be well rested.
Age: from 16 years old.
Size: between 1.50m and 2m.
Weight: between 50kgs and 105 kgs. Waist circumference: max. 1.10m
Flight done under favorable weather conditions. Confirmation the day before the flight.

Saturday and Sunday October 3 and 4