He gets himself an F4-Phantom 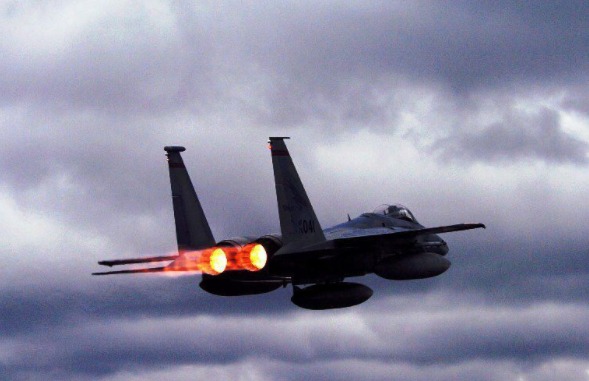 Summer is here and we have more time to fly. And when the weather is crappy or not as good as we wished for, we can always watch some cool movies where aviation plays a central part. We’ve decided to give you a list of the movies we like where aviation is fully part of the story, and some movies have great shots too. Here it goes, in no particular order:

Battle of Britain (1969)
A great cast features in this epic account of the RAF’s fight for Britain’s survival. Some terrific aerial footage (although quite a lot of models were used too).

The Dam Busters (1955)
One of the very best. Great story, great flying scenes. Incomparable theme tune. There’s talk of a remake. I hope it happens. I hope it’s good. And, people, if they do change the name of the dog, it really doesn’t matter.

Airplane! (1980)
Played deadpan, this comedy classic spawned a glut of imitators. The original and best feels exactly like the disaster movies it so brilliantly spoofed.

Flight of the Phoenix (1965)
“It’s not a party, there is no booze,’said the trailer for no particularly good reason. James Stewart, Richard Attenborough and Ernest Borgnine lead an all-star cast, stranded in the desert, trying to build a new aircraft out of the wreckage of their old one.

The Right Stuff(1983)
An epic ﬁlm of Tom Wolfe’s classic account of the birth of the space race in America. Real care was taken to make sure the flying looked right. And Sam Shepard as Chuck Yeager? Perfect.

The Sound Barrier (1952)
David Lean, director of Lawrence of Arabia, turns his attention to the dawn of the jet age – a mouth-watering prospect. Beautifully made, it features great footage of early 1950s British jets.

Those Magnificent Men in Their Flying Machines (1965)
Great fun. The brilliant Terry-Thomas leads a who’s-who of British character actors in this fabulous comedy about a pre-First World War air race involving an amazing collection of machines, some of them built specially for the movie.

Top Gun (1986)
With pretty much every line being quotable, this is a pop-culture classic. You know the story: Tom Cruise aims to be best of the best. Made with full US Navy cooperation, the aerial footage of duelling F-14 Tomcats won’t be bettered

X-15 (1961)
“Actually filmed in space” was a line they couldn’t even use for Apollo 13. Narrated by James Stewart, this semi-documentary features real footage of the X-15 and stars Charles Bronson. Amazingly, it was directed by Richard
Donner, who later made Lethal Weapon

The Final Countdown (1980)
A nuclear-powered US aircraft carrier slips back in time to the build-up to the attack on Pearl Harbor. You’ve got to love any movie that has Kirk Douglas ordering a pair of F-14 Tomcats to “Splash the Zeros’.

The Great Waldo Pepper (1975)
It’s clear why this Robert Redford movie is a favourite with pilots. It’s about veteran First World War fighter pilots barnstorming their way across America and includes incredible stunt-flying.