Fly a jet fighter: a look back 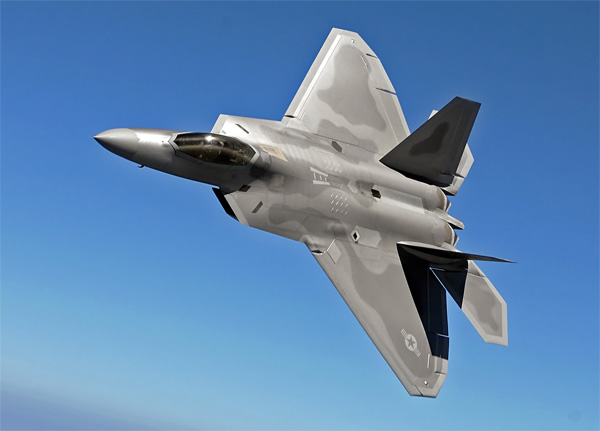 That’s a bold statement, but this is exactly the feeling of many fighter pilots as they take on the role and the seat of the jet fighter. Surely, it was said the same of the F-15, the JSF, but apparently they all conclude that the F-22 Raptor is definitely the best flying machine ever buit. See the testimony of Kevin Robbins. Col. Kevin Robbins still remembers the first time he saw the F-22 Raptor. He was driving near the flightline at Langley Air Force Base, Va., when he heard a load roar and saw a plane streak across his field of vision and start performing several aerial maneuvers. He stopped the car, got out and stared in amazement. An F-15 Eagle pilot himself, the colonel couldn’t believe what he was seeing. “This plane was doing things that shouldn’t be possible in a jet,” he said. “I just kept thinking that if anyone tried that in any other plane, he’d be dead.” The colonel wasn’t sure how the plane was able to do the things in the air that he was witnessing, but he couldn’t wait to find out. He applied for and was accepted to the F-22 program soon after. Today, he not only flies the jet, but also leads as commander of the 1st Fighter Wing at Joint Base Langley-Eustis, Va. Nearly a decade later, the F-22 still amazes him. The plane, a modern marvel of technology that’s a far cry from anything Robbins ever imagined flying, exceeds his expectations every time he gets in the cockpit. Even now, the colonel has a hard time believing he gets paid to fly the stealth jet. “This plane is a game-changer,” he said. “It’s a cut above anything else out there, and its capabilities are simply amazing.” Robbins felt this way right from the start. He still remembers his first Raptor flight, which he performed solo, because there isn’t a two-seat Raptor trainer. “On the ground, it feels like a muscle car,” he said. “It feels all clunky, but you can feel the power just waiting to be released. Then, once you punch it and head into the air, it’s like a Ferrari with pure speed.” To read on fly fighter jet.