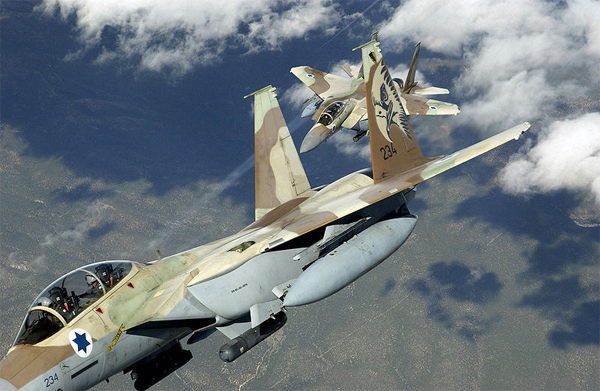 The international aerial and strategic event Red Flag is go for 2013. The event has been launched by the 79th Fighter Squadron, the ‘Tigers’ as they launched eight F-16 Fighting Falcons during a day and night time mission to kickoff the event. Red Flag is an advanced aerial combat training exercise hosted at Nellis Air Force Base, Nevada and Eielson Air Force Base, Alaska, the latter location being known as Red Flag – Alaska and being a successor to the previous COPE THUNDER exercise series. Since 1975, air crews from the United States Air Force(USAF) and other U.S. military branches and allies take part in one of several Red Flag exercises held during the year, each of which is two weeks in duration. The Red Flag exercises, conducted in four to six cycles a year by the 414th Combat Training Squadron of the 57th Wing, are very realistic aerial war games. The purpose is to train pilots from the U.S., NATO and other allied countries for real combat situations. This includes the use of “enemy” hardware and live ammunition for bombing exercises within the Nevada Test and Training Range. The 79th FS, commanded by Lt. Col. Jason Plourde, led members of his unit from takeoff to landing as the exercise kicked off . The unit out of Shaw AFB, S.C., has approximately 15 F-16 Fighting Falcons on the ground here and 35 pilots slated to fly throughout the three-week long exercise. As Red Flag gets underway, Plourde plans to ensure the men and women of his unit train hard and meet quite a few set objectives. While members of the 79th FS conduct similar types of training at Shaw, Red Flag offers a more vast and more challenging environment to train in, Plourde explained. The mission of the 414th Combat Training Squadron (Red Flag) is to maximize the combat readiness and survivability of participants by providing a realistic training environment and a forum that encourages a free exchange of ideas. To accomplish this, combat units from the United States and its allied countries engage in realistic combat training scenarios carefully conducted within the Nellis Range Complex. The Nellis Range complex is located northwest of Las Vegas and covers an area of 60 nautical miles (111 km) by 100 nautical miles (190 km), approximately half the area of Switzerland. This space allows the exercises to be on a very large scale. The missions conducted during the first day were challenging but 79th pilots feel they will provide plenty of opportunity for lessons learned, explained Capt. Ryan Miller, 79th weapons officer.