Merry Xmas and Best wishes for 2013 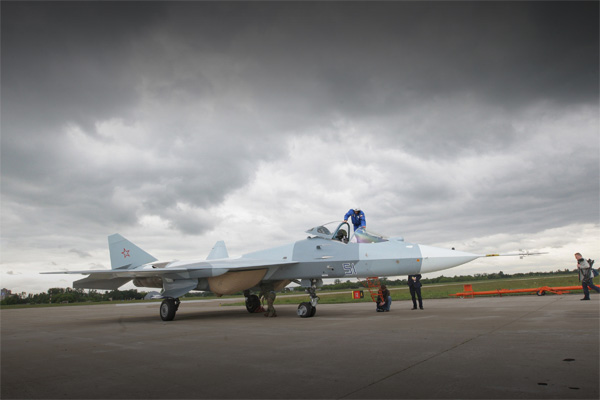 Russia’s fifth-generation stealth jet fighter, the T-50, will start state flight tests in March 2013, Russia’s Air Force Commander, Lt. Gen. Viktor Bondarev said on Sunday. Currently three fighter jets are performing test flights at the Zhukovsky airfield outside Moscow, the fourth plane is undergoing factory test trials and the fifth plane is in the process of factory approvals, the commander said. All these planes will fly to Akhtubinsk in the Astrakhan Region in March next year where “state tests will begin,” he said. There will be a total of eight planes involved in state trials in Akhtubinsk throughout 2013, the commander said. “We’ll complete them [the tests] within 2-2.5 years and somewhere in 2015-early 2016 these planes are expected to go into serial production and we’ll start receiving them and supplying our combat units with them,” the commander said. The Sukhoi aircraft company, the T-50 maker, announced last week that Russia’s fourth prototype Sukhoi T-50 stealth fighter jet took to the skies for the first time in a 40 minute flight at the Komsomolsk-on-Amur factory in Siberia. The T-50, also known as project PAK-FA, first flew in January 2010 and was first publicly revealed at the Moscow Air Show in 2011. The T-50, which will be the core of Russia’s future fighter fleet, is a fifth-generation multirole fighter aircraft featuring low-observable technology (stealth), super-maneuverability, supercruise capability (supersonic flight without use of afterburner), and an advanced avionics suite including an X-band active phased-array radar. The Russian Defense Ministry plans to purchase a first batch of 10 evaluation aircraft and then 60 production-standard aircraft after 2015.