Head for Aix en Provence – south of France- in October for your chance to experience a jet fighter ride. For a month, a specialist travel agent will station a jet fighter to organise leisure rides on the Fouga Magister, an aircraft that has been designed for aerobatics. So much so that the national display team – The Patrouille de France – has used the aircraft for over 24 years. This is truly a unique experience. Flights vary in length from 30mn to 60mn, and price starts at 1950 euros. The reason for this experience is to allow more people to truly experience the thrills of a jet ride, in the magnificent surroundings of the south of France, between sea and mountains. The Fouga Magister is one of the best designed fighter planes ever. Easy to fly, it brings security with its twin engines, and offers a great view thanks to its wide cockpit glass. Built in the 1950s, the Fouga Magister was conceived as a jet trainer. The plane was worked so well that it was quickly adopted by various air forces around the world, such as the Israeli air Force who used the plane extensively during the six days war in 1967. The Fouga Magister is one of the most agile fighter planes ever built. So much that it has been the favourite plane of the French national display team, The Patrouille de France, from 1964 to 1980, when it was replaced by Alphajets. You can get more information by following this link about this jet fighter ride in France. 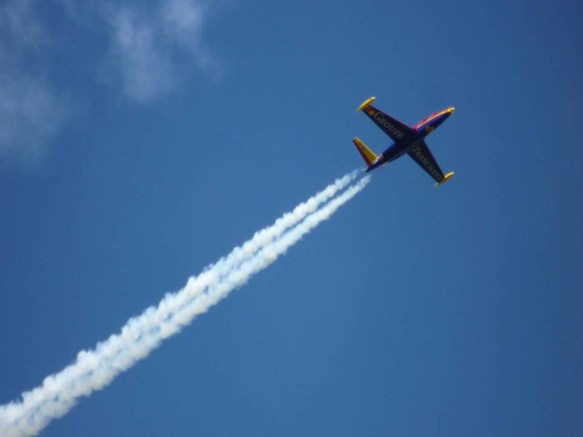