Claudio flies to the edge of space in the MiG 29 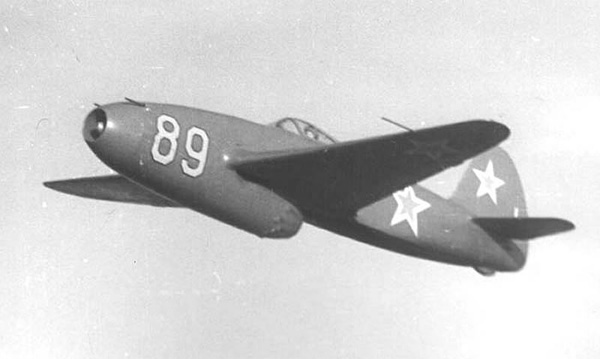 Not only in the Soviet Union quickly filled the technological gap throughout the war that had separated them from the other powers , but the USSR also managed to develop in secret and in a very short time similar aircrafts if not superior, to those of the block of Western countries. The Soviets managed to get these exceptional results thanks to various effects: first the immense effort of organization and production in the final phase of the conflict. Also because they managed at the end of the war to get their hands on German technological papers and studies. The last one which is still controversial today is that Great Britain has provided some models and indeed some production plans of engines and especially the Rolls-Royce Nene. Thanks to this unexpected technological gift Soviet technicians were able to go on the same footing as the Western and develop aircraft in in a very short time. The MiG-9 and Yak-15 were the first fighters to have jet engines: they were both equipped with engines of German origin. The first approach to a new Yakovlev prototype propulsion is embodied by the Yak-15. The project was implemented in 1945, immediately after the arrival of the Soviet Union. After testing, production continued for two years and gave the 400 aircrafts that NATO code named “feather”. The Mig-9 also represented the first attempt by Mikoyan and Gurevitch in the development of a fighter jet. The prototype flew on the same day of the Yak-15 did its first flight. It was equipped with two BMW engines of 800 kg of thrust each. The development of the aircraft was delayed by a series of structural problems and the production did not begin until 1946. The MiG factory produced 500 aircrafts during the next two years. NATO attributed the code name “Fargo” to the MiG 9.