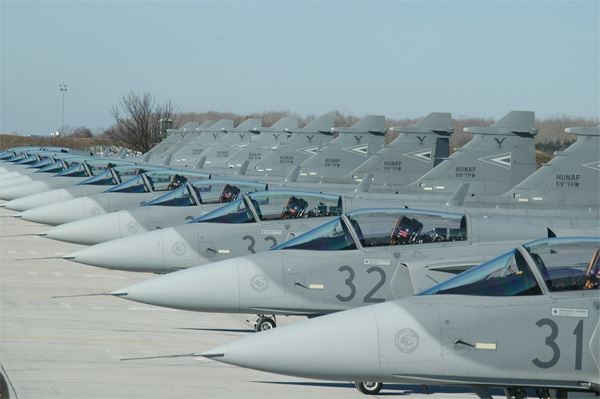 Every country should be protected, but unfortunately, protection costs a lot of money as you need to either manufacturer yourself or purchase the tools to protect you, such as jet fighters, tanks, and so forth. So when countries do not have the budget to purchase such defensive weapons, they get into alliances, so that countries with bigger means can assist and protect them. And this is exactly what has been decided under the terms of a NATO agreement as the fighter aircrafts of the Hungarian Air Force will perform air policing over Slovenia and the Baltic States in the near future. The Minister of Defence said that the Hungarian Gripens are going to guard Slovenia’s airspace soon, while they are expected to participate in the Baltic Air Policing between 2015 and 2018. Like Slovenia, Estonia, Lithuania and Latvia do not have air forces. On their accession to NATO, it was decided that instead of the costly development of air forces and procurement of aircraft, Slovenia and the Baltic states would focus on other units of their armed forces and declare them to the North Atlantic Alliance. As the airspaces of these states must be defended and guarded too, this task will be carried out by the aircraft of the Hungarian Air Force.