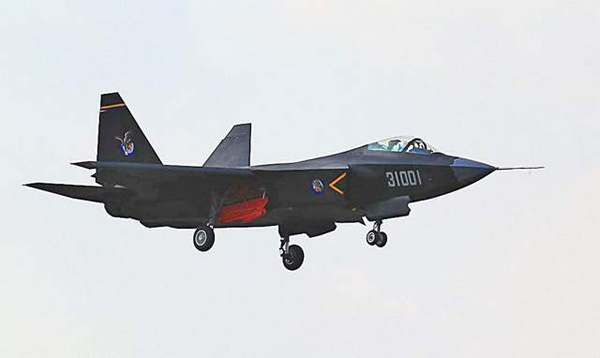 China unveiled its latest jet fighter, the J-31 Falcon Eagle which looks remarkably like earlier models of a twin-engine variant of the F-35 Joint Strike Fighter. We would not think for minute that China would copy… This is the second fighter unveiled to the public, after the J-20 Black Eagle stealth fighter, built by Chengdu Aircraft. “ The design is stunningly like the F-35. Reports of Chinese industrial espionage related to the JSF give this aircraft added interest. Built by Shenyang Aircraft, little is known of the Falcon Eagle’s true capabilities beyond analysis of the photos.

“The rear section of the Chinese aircraft, however, shows little LO [low observable] design, though this may reflect its developmental nature,” Barrie said. “Signature management is also about a great deal more than basic shaping, with materials technology and emission control in terms of radio frequency and infrared also significant. The extent or limit to which China has developed already the requisite technologies to address these areas remains an area of conjecture.” Chinese-language media outlets indicate the fighter might serve on China’s future aircraft carrier fleet. China has one carrier-borne fighter in development, the Shenyang J-15 Flying Shark.