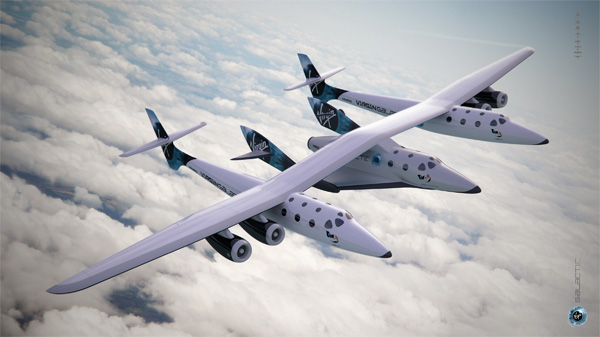 Virgin Galactic has announced reinvigorated plans to launch small satellites into orbit using its WhiteKnightTwo carrier aircraft, a unique Scaled Composites-built aircraft designed to ferry SpaceShipTwo to suitable altitude before launch into suborbital space. The smallsat launch system is reportedly a refinement of the LauncherOne concept, a programme canceled in 2010. The LauncherOne system entailed using SpaceShipTwo to lift a disposable, air-launched rocket to 40,000ft and launch satellites of up to 200kg (440lb) into low Earth orbit. Air-launched rockets, though long a popular concept, are currently provided only by Orbital Sciences using the Pegasus, which launches from a converted Lockheed L-1011 and can put 443kg into orbit. Stratolaunch, another Scaled Composites design currently on the drawing boards, is planned to use the largest aircraft ever built to launch SpaceX-designed rockets with 13,000kg payload capacity.

Xcor, another suborbital launch provider, plans to use its Lynx vehicle to launch smallsats into orbit from suborbital space. The smallsat launch market is heating up as new launch vehicles are put into production. Lockheed Martin has recently announced a new version of the Athena smallsat launcher, a disposable, vertical takeoff rocket. Larger rockets are increasingly offering rideshares using leftover capacity from other launches. Launching a rocket from altitude, as opposed to the ground, puts the rocket above the thickest part of the atmosphere, allowing it to use less fuel. If the aircraft is headed east the rocket gets an additional bonus by taking advantage of both the Earth’s rotation and the aircraft’s speed. The system also allows launches from flexible locations, as opposed to the traditional fixed infrastructure for terrestrial launches.