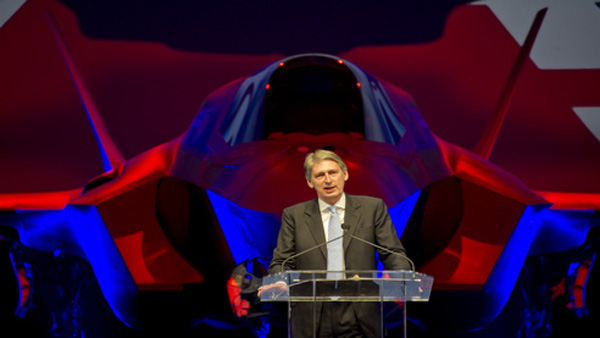 The United Kingdom accepted the first international Lockheed Martin F-35 Lightning II aircraft in a ceremony today with senior representatives of the U.K. Ministry of Defence and the U.S. Department of Defense. The Right Honourable Philip Hammond, U.K. Secretary of State for Defence, and Mr. Frank Kendall, U.S. Undersecretary of Defense for Acquisition, Technology and Logistics, represented their governments. “We are here to celebrate an important ‘first’ among so many milestones associated with the F-35 program,” said Bob Stevens, Lockheed Martin chairman and chief executive officer. “It’s fitting that our first delivery to an international partner is to the United Kingdom, because without sustained British innovation over many generations, we would not have an event to celebrate today.”

The U.K. was the first of eight international partners to join the F-35 program and plans to acquire the F-35B short takeoff and vertical landing (STOVL) aircraft. Lockheed Martin is developing the F-35 with its principal industrial partners, Northrop Grumman and BAE Systems. Headquartered in the U.K., BAE Systems brings a rich heritage of capabilities to the F-35 program, including short takeoff and vertical landing experience, advanced lean manufacturing, flight testing and air systems sustainment, and is responsible for the F-35’s aft fuselage, fuel system, crew escape and life support systems. The U.K. will play a vital role in the F-35’s global production, follow-on development and sustainment over the next 40 years, bringing strong economic benefits to the country.