As the business of selling jet fighters keeps on, some countries fair better than others. Recently, France got disappointed by Brazil as the deal to purchase the Rafale came to a halt. Now, the Russians are feeling a bit happy as Indonesia announces they are ready to purchase the Su-35 to replace its fleet of F-5. According to a report in Indonesia’s official newspaper, ANTARA, Defense Minister Purnomo Yusgiantoro discussed the plan to replace the F-5 Tigers in a meeting with Indonesian Military Commander General Moeldoko and Indonesian Air Force Chief of Staff Marshall Ida Bagus Putu Dunia on Tuesday. The report went on to summarize General Moeldoko as saying that possible candidates include Russian Sukhoi Su-35, the American F-15 Eagle and F-16 Fighting Falcon, and the Swedish Fighter SAAB JAS 39 Gripen. He noted that the Indonesian Air Force has already conducted a study on each of the jets. 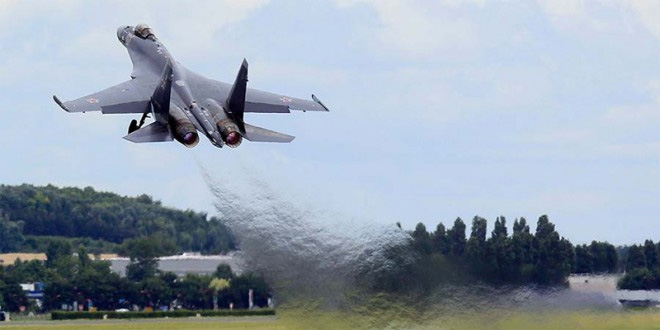 The report itself, however, singled out the Su-35 multirole fighter specifically. The Russian newspaper RIA Novosti ran a story highlighting Purnomo’s comments. The RIA Novosti report also noted that Indonesia has already purchased five Su-27SKM and 11 Su-30MK2 fighter jets from Russia over the last decade, and is currently considering buying Kilo-class diesel-electric submarines from Moscow. In late 2012, Russia’s Vnesheconombank (VEB) agreed to provide Indonesia with nearly $400 million over the next seven years to purchase Russian aircraft. According to Sukhoi, the maker of the Su-35, the fighter is a “4++ generation aircraft employing technologies of the fifth generation” that make it superior to other 4th generation fighters on the market or under development. The company has been aggressively pushing exports of the Su-35 to a number of countries including China, which has long been in negotiations with Russia over purchasing the fighter jet. Last July the deputy head of Russia’s defense export company, Rosoboronexport, said that Russia and China will sign a deal on the Su-35 sometime this year.