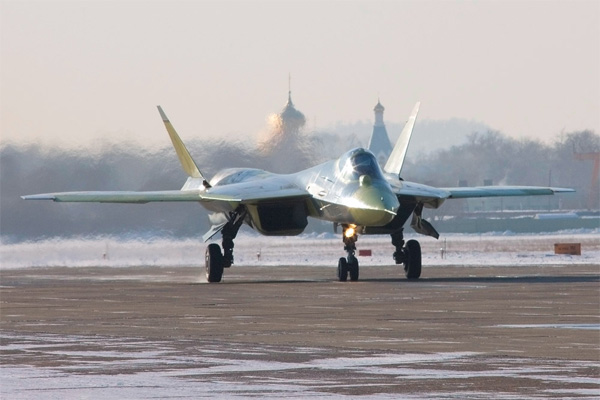 According to the Russian Defense Ministry, the future fighter must possess all technical characteristics of a fifth-generation fighter, including elements of stealth technology, supersonic cruising speed, highly-integrated avionics, electronics and fire-control systems. The existing T-50 prototype, developed under the program PAK FA (Future Aviation System for Tactical Air Force) at the Sukhoi aircraft design bureau, made its maiden flight in Russia’s Far East in January 2010 and made its first public appearance at the MAKS-2011 air show near Moscow on August 17, 2011.

There are currently three fifth-generation T-50 fighters in tests, and a total number of 14 aircraft is planned for test flights by 2015. The T-50 is expected to enter service in 2016 and gradually replace MiG-29 Fulcrum and Su-27 Flanker fighter jets in the Russian Air Force. This development is part of the multibillion dollars implementation plan to improve and develop the Russian Army, including jet fighters, over the next ten years.