The kingdom has mobilised its F-15 fighter jet fleet ito launch a military operation against the Iranian-backed terrorist militia of Hezbollah in Lebanon, regional news website The Baghdad Post reports. Saudi Arabia previously accused both Lebanon and Iran of commiting an act of wars against it after rebels fired a missile at the King Khalid International Airport in the kingdom’s capital of Riyadh. Yesterday, Saudi Arabia ordered its citizens to leave Lebanon escalating fears of war to new heights – which the US have dubbed grounds for a “proxy war”. Hezbollah are the most powerful military and political force in Lebanon and receives major support from Iran. Reports now state the Royal Saudi Air Force has placed its warplanes on alert to launch strikes as the region sits on a knife edge. Hezbollah said on Friday that Saudi Arabia had declared war on Lebanon after the nation was accused of holding their Prime Minister Saad al-Hariri against his will. The PM resigned while on a visit to Riyadh last Saturday, which was dubbed as an “insult” to Lebanon. Hariri’s resignation has plunged Lebanon into crisis, thrusting into the centre of the rivalry between Saudi Arabia and Iran. 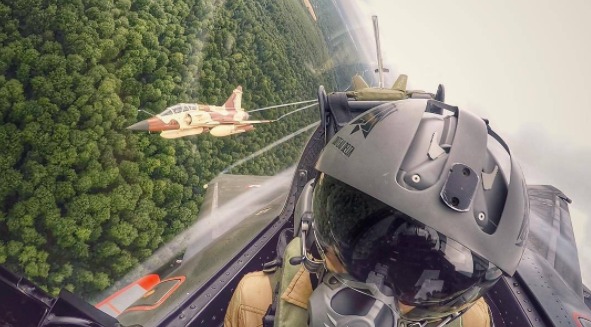