Fly the MiG-29 in Russia

Flying the MiG-29 is an incredible experience. It is not just a jet flight, it is a real adventure. You will need to travel to Russia, to Nizhny Novgorod, hundreds of miles east of Moscow. Then you will need to go into a security check to access the airbase, which is a military airbase. And then will you meet your pilot and staff to get prepared.

Flights are done weekdays as the test pilots relax at weekends, which is understandable since they test the MiGs.

Check below if you want to be more acquainted with the “beast”, the MiG-29 jet fighter 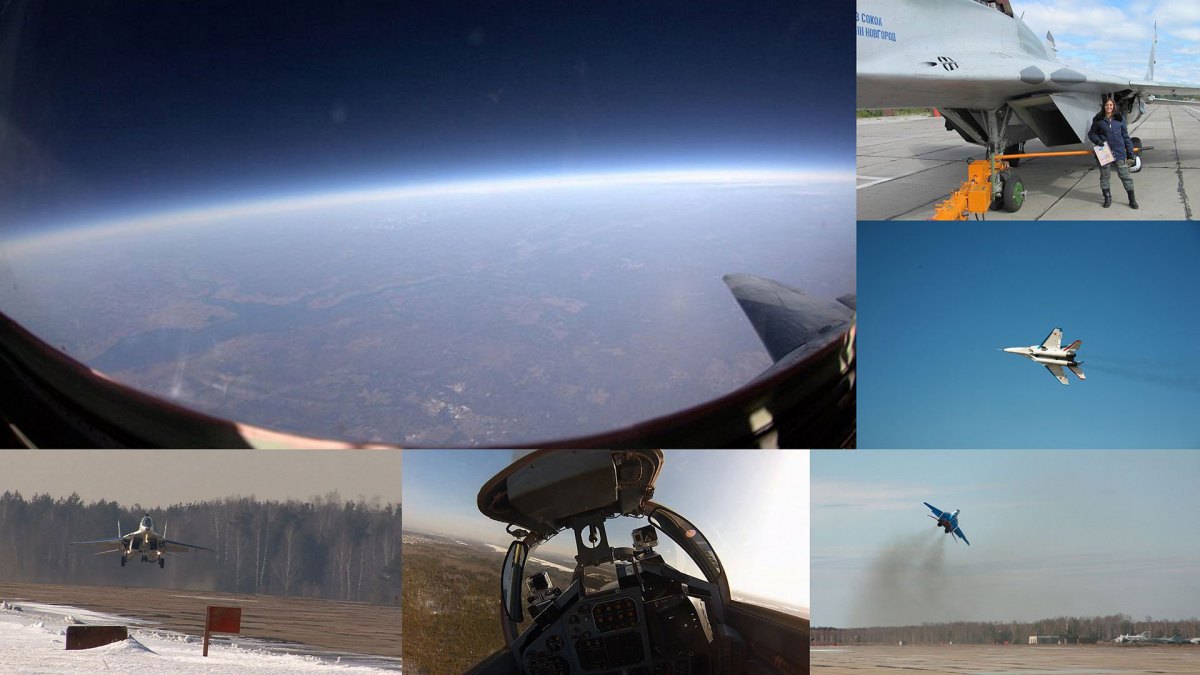 The Mikoyan MiG-29 – NATO reporting name: “Fulcrum” – is a fourth-generation jet fighter aircraft designed in the Soviet Union for an air superiority role. Developed in the 1970s by the Mikoyan design bureau, it entered service with the Soviet Air Force in 1983, and remains in use by the Russian Air Force as well as in many other nations. The NATO name “Fulcrum” was sometimes unofficially used by Soviet pilots in service. The MiG-29, along with the Sukhoi Su-27, was developed to counter new American fighters such as the McDonnell Douglas F-15 Eagle, and the General Dynamics F-16 Fighting Falcon.

In 1969 the existence of the United States Air Force’s “F-X” program, which would result in the McDonnell Douglas F-15 Eagle, became public knowledge. At the height of the Cold War, a Soviet response was necessary to avoid the possibility of a new American fighter gaining a serious technological advantage over existing Soviet fighters, thus the development of a new air superiority fighter became a priority. Specifications were extremely ambitious, calling for long range, good short-field performance (including the ability to use austere runways), excellent agility, Mach 2+ speed, and heavy armament.

The MiG-29B production version entered service in August 1983 at the Kubinka air base. State acceptance trials were completed in 1984, and deliveries began the same year to the Soviet Air Force. While the heavy, long range Su-27 was tasked with the more exotic and dangerous role of deep air-to-air sweeps of NATO high-value assets, the smaller MiG-29 directly replaced the MiG-23 in the frontal aviation role. Features such as rugged landing gear and protective intake grates allowed MiG-29 operations from damaged or under-prepared airstrips that Soviet war planners expected to encounter during a rapid armored advance. The MiG-29 was to be an escort for local strike and interdiction air packages, protecting vulnerable ground attack aircraft from NATO fighters such as the F-15 and F-16. The MiG-29 was positioned relatively close to the front lines, and would have been tasked with providing local air superiority to advancing Soviet motorized army units.

In the West, the new fighter was given the NATO reporting name “Fulcrum-A” because the pre-production MiG-29A, which should have logically received this designation, remained unknown in the West at that time. The Soviet Union did not assign official names to most of its aircraft, although nicknames were common. Unusually, some Soviet pilots found the MiG-29’s NATO reporting name, “Fulcrum”, to be a flattering description of the aircraft’s intended purpose, and it is sometimes unofficially used in Russian service.

The Mig 29 Fulcrum is one of the best fighter jets built so far. 39 countries have equipped their air force with this unique fighter plane. It flies easily at Mach 2.25 and has a service ceiling of 60,000ft. It has an amazing rate of climb of 65,000ft/mn. Flying the Mig 29 is a truly incredible experience.