Faster than the speed of sound 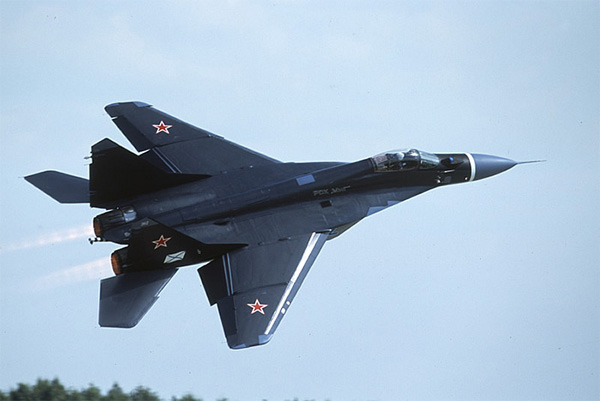 India is getting ready for a fighter, after announcing purchases of trainer jet fighters, the confirmation of the ability to export the Sukhoi T-50, now India announces the purchase of more jet fighters from Russia. Russia and India have signed a $1.5-billion contract on the supplies of 29 more MiG-29K carrier-based fighter jets to New Delhi, the head of the Russian Aircraft Corporation MiG said on Friday. “An agreement on supplying an additional set of MiG-29K fighter jets has been signed, the start of supplies is scheduled for 2012,” Mikhail Pogosyan said. The deal was signed during Prime Minister Vladimir Putin’s visit to New Delhi. Pogosyan said Russia should fulfill the previous contract on supplies of single-seat MiG-29K fighters to India by 2010. Russia and India signed a contract stipulating the supply of 12 single-seat MiG-29Ks and four two-seat MiG-29KUBs to India in January 2004. The contract is part of a $1.5 billion deal to deliver the Admiral Gorshkov aircraft carrier, currently being retrofitted in Russia for the Indian navy. India’s first MiG-29Ks and MiG-29KUBs officially entered service earlier this year. Analysts believe that India will remain the main purchaser of Russian-made combat aircraft for the next 15 years under existing and future contracts, as the country desperately needs to upgrade its fighter fleet, which includes Su-30MKI and MiG-29 fighters, but mainly consists of obsolete Soviet MiG-21 models. Funny enough, this purchase of MiG comes at a time when the Russian army has announced that MiG is losing money. So it’s good timing, and reinforces the appetite of India for jet fighters.